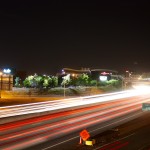 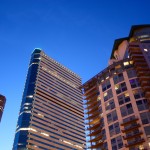 Denver’s economy showed no signs of slowing down in August as new projects began construction and new ones were announced.

On the residential side of development, Denver Urban Review covered the announcements of a tremendous number of Denver metro area apartment units in August. 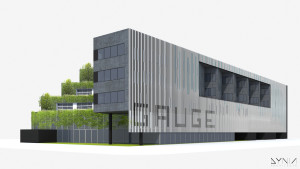 One of the first highlights of August was the opportunity to catch up with Architect Stephen Dynia and learn more about his planned Gauge project in RiNo.  Gauge is a 100,000 square foot mixed-use development planned to be constructed at 35th and Wazee in Denver’s River North neighborhood (RiNo). Zeppelin Development is the developer. The project will include both office and retail space. The retail portion will comprise approximately 25 percent of the building. Tenant common space and a shared meeting room will be included. Outdoor areas with vegetation will also be featured. 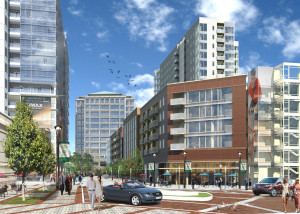 The next phase of the Colorado Center project began construction. This development will take shape near the intersection of Colorado Boulevard and I-25. An RTD light rail stop is adjacent to this property. A Dave & Busters and Colorado Center Stadium 9 & IMAX currently call Colorado Center home. This project is being developed by Lincoln Property Company and ASB Real Estate Investments.This project will include a 210,000 square foot class AA office building and a 205,000 square foot residential tower that will house 189 apartments and 80 loft-style units with a fitness center. Also featured in this development will be the addition of 40,000 square feet of new retail space. 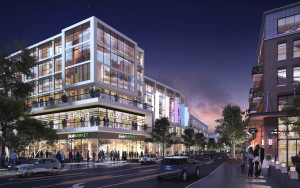 Plans for a downtown Denver high-rise that potentially could rise to 20 floors was announced. Emily Griffith Foundation and Zocalo Community Development have announced plans to construct this mixed-use project in Downtown Denver.

The development will be located on one of three adjacent parcels at 1811 Lincoln and is part of a larger, 93,000-square-foot acquisition of land executed and closed by Zocalo on behalf of the Foundation.  The acquisition also includes a parcel of land at 1830 Broadway and a 320-space parking garage at 1855 Lincoln.  Funding for the transaction was provided by Citywide Banks while the Emily Griffith Foundation was represented by the Denver-based law firm of Otten Johnson.  Zocalo and the Foundation plan to break ground in the second half of 2016, 100 years after the Emily Griffith Technical College first opened its doors.

It will be interesting to see if this growth continues, but for the time being it does not appear that Denver is slowing down.