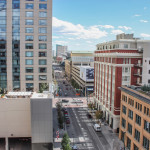 Denver 2015: A review in photos 19th and Wewatta under review
City Improvements 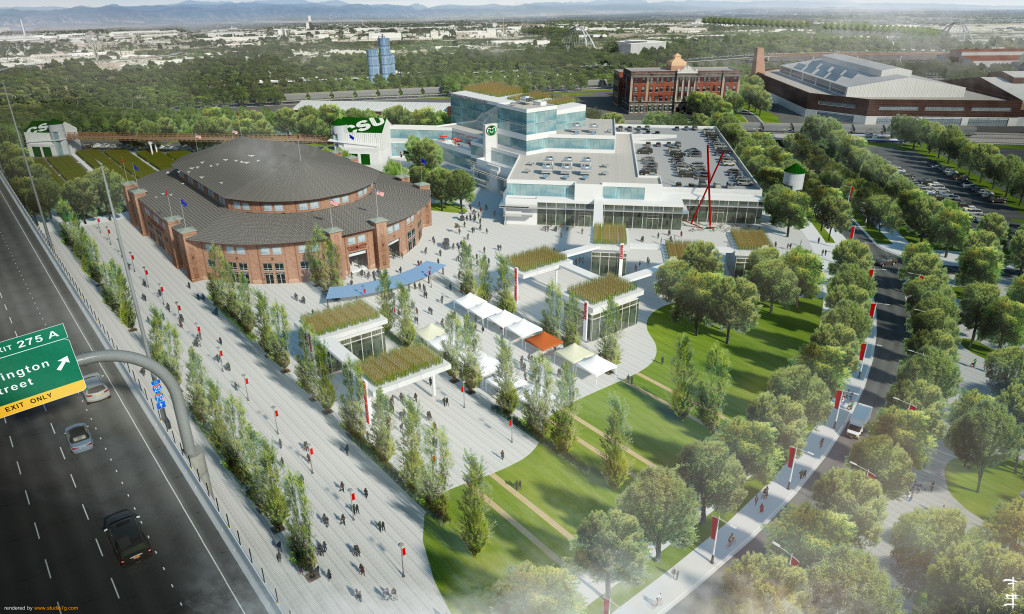 “We are thankful to the Colorado Office of Economic Development and International Trade for their careful consideration and excited to have the state as a partner of the National Western Center,” said Mayor Michael B. Hancock. “This is a tremendous win for the Denver metro region and a proud milestone as we deliver this exciting new campus. We look forward to working together to create a unique tourist destination that will draw over one million new visitors each year. The state’s investment in the National Western Center will have significant economic returns for Colorado.”

Funding will also be used to improve infrastructure in the surrounding community. The National Western Center has been home to the annual National Western Stock Show which was first held in 1906. The facility sits at the northeast end of Denver’s eclectic RiNo neighborhood where several residential, retail, and office projects are under construction. 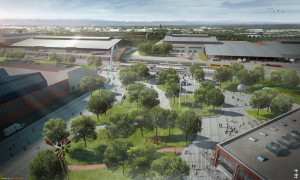 “The RTA funding allows us to take the next step toward implementing the bold vision we have created for the National Western Center with our key partners and surrounding neighborhoods,” said Executive Director of the North Denver Cornerstone Collaborative Kelly Leid. “As we build this project over the next decade, we are excited to continue engaging the community to create a one of kind campus that will be enjoyed by future generations.”

The RTD commuter rail line that will provide service between Denver’s Union Station and Denver International Airport will have a stop at 38th and Blake Street. This stop will be located approximately six blocks from the National Western Center. Trains will run every 15 minutes during peak hours. Trains are currently being tested on this line that will open in 2016.

The RTA funding will account for 14% of the total finance plan for phases 1 and 2 of 8 totaling $856.4 million. The rest of the finance plan includes contributions from the Western Stock Show Association, Colorado State University and the City and County of Denver. Mayor Hancock has appointed the Denver Urban Renewal Authority as the financing entity that will handle the RTA funds for the project.

All of the upgrades and new construction is expected to take 10 years.