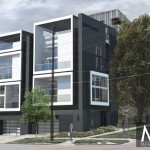 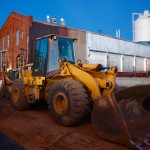 Inside look at 1401 Lawrence

Denver’s 1401 Lawrence office tower project has been under construction since last fall. It is now beginning to make a significant impact on Denver’s urban fabric. A tour of this project was provided by The Beck Group and was led by project manager Matt Archuletta and assistant superintendent Sean Maloney.

The Beck Group designed this building and is serving as the general contractor on 1401 Lawrence. This building will rise to 22 floors once complete. Office space will sit upon 9 levels of parking.

Ground floor retail has also been incorporated into the structure. Space will exist for a 9,000 square foot restaurant and a coffee shop. 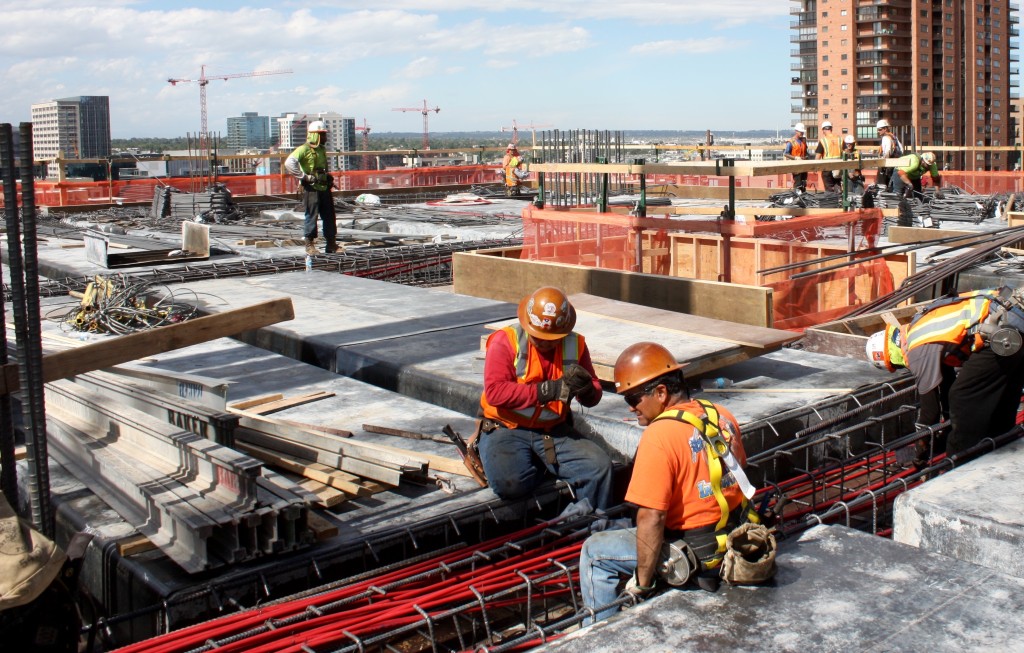 Workers install rebar that will reinforce the concrete once poured. 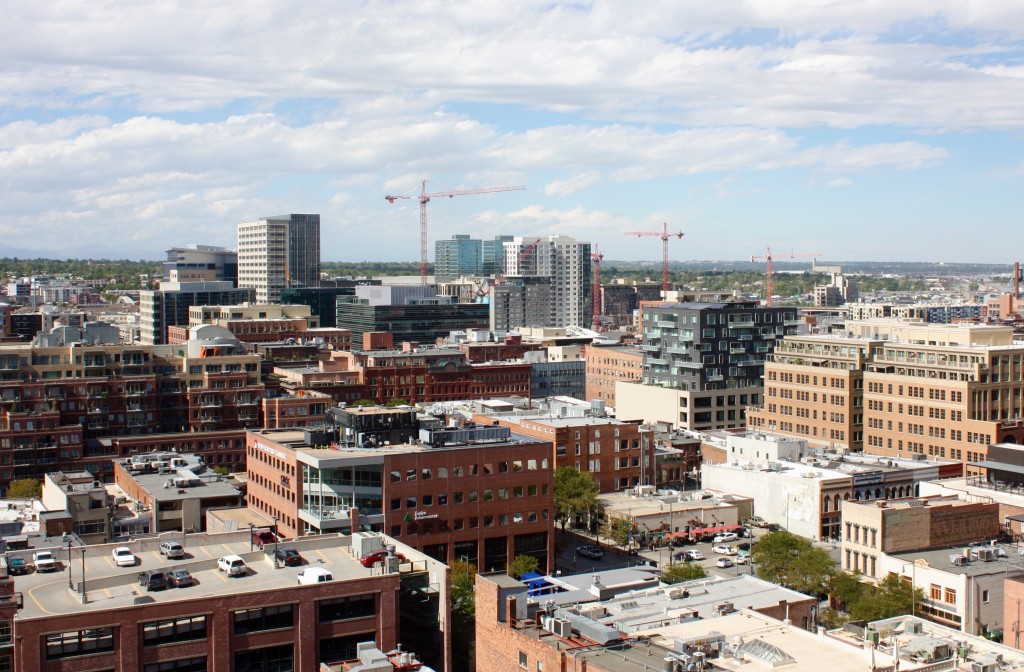 View looking north from 12th floor. Lots of construction cranes can be seen.

The project is being developed by Canadian developer First Gulf, the commercial division of Great Gulf Corporation, a Canadian-based organization.

National law firm Polsinelli has signed a 15-year lease to become the signature tenant of the building. 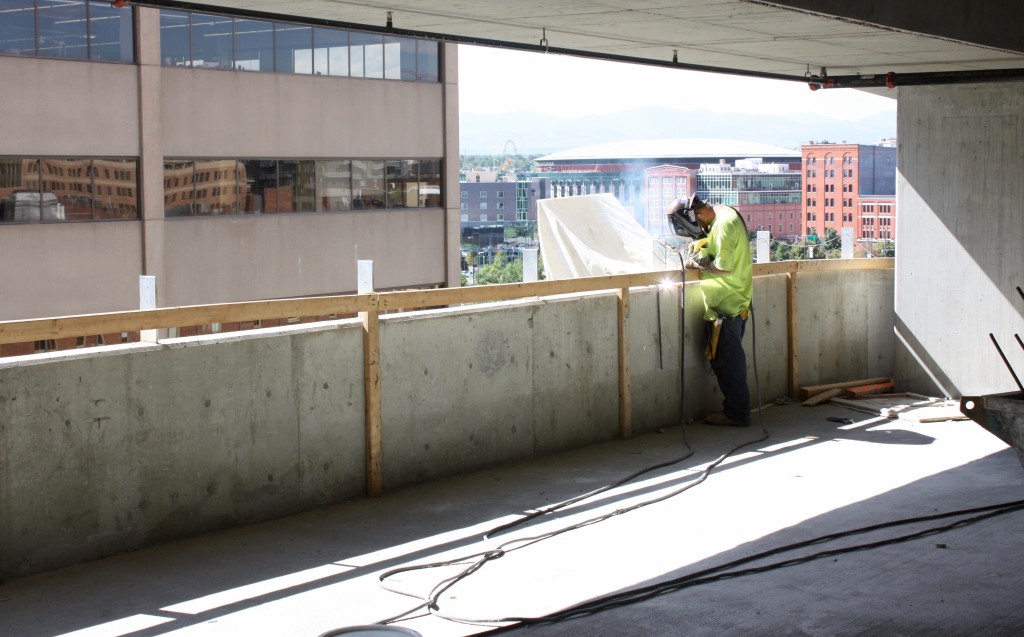 A worker welds on one of the floors designed for parking. 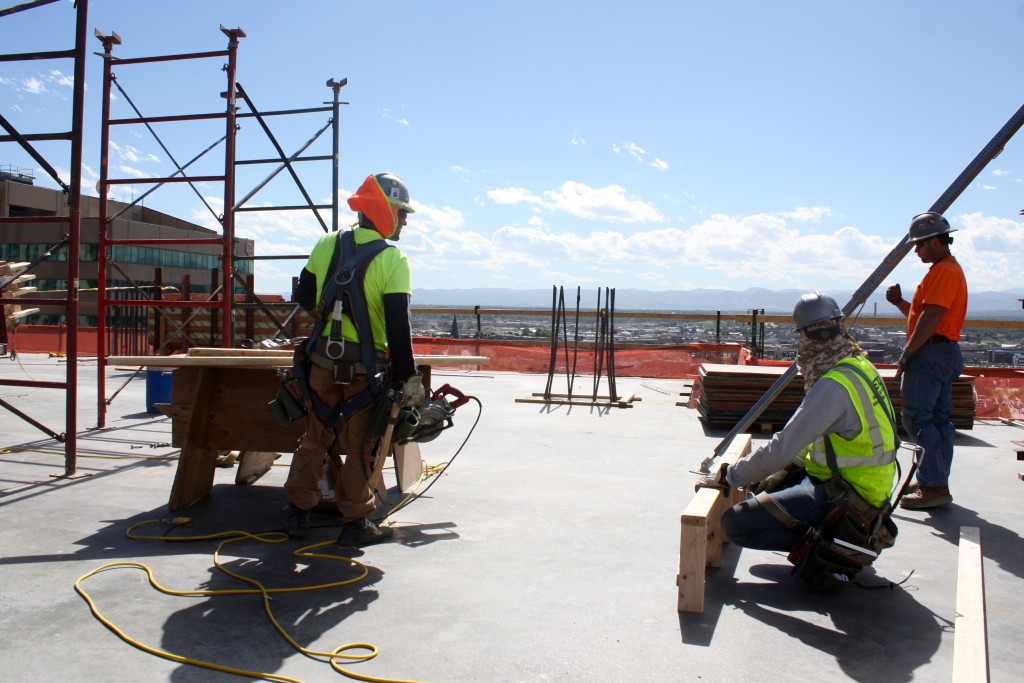 Archuletta provided additional insight into the construction progress of 1401 Lawrence:

DUR: With it being September and winter around the corner, are there elements of this project you are pushing to get done before the snow flies?

Archuletta: The Weather is always a factor. We are really trying to get a lot of our first floor work done. Not necessarily closed in, but concrete completes. As we go up the floors we are always prepared for winter protection as far as heating of the slabs. We are supposed to get gas into the building permanently in the next month. During June, July, and August we start preparing for those colder months. It is not as concerning now that we are out of the ground, but we want to make sure we do not have to heat the ground.

DUR: When do you expect 1401 Lawrence will top out?

Archuletta: Our current top out date is the end of February.

DUR: There is a shortage of construction workers right now, what are you doing to make sure you have plenty or workers on the job? 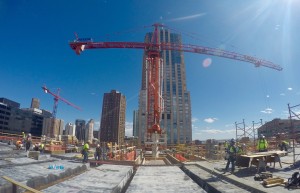 Tower crane of 1401 Lawrence with the Four Seasons in the background.

Archuletta: That seems to be the part we can control. What we are doing is trying to be the best planners out there, so we meet every morning to talk about that day’s goals. We monitor areas where we tend to slow down and areas where we are really good at and try and really understand why. We really attack that and become more productive. We are kind of handicapped in the sense that if a guy leaves he leaves, but the intent is to be the best planners we can. We plan the work for each day in advance, and each week in advance, and each month in advance.

DUR: So far what has been the biggest challenge with the construction of 1401 Lawrence?

Below is a photo of 1401 Lawrence and a rendering from a similar vantage point.

A special thank you to the folks at The Beck Group for this tour! 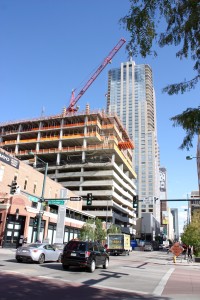 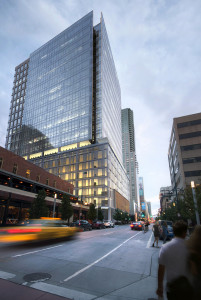