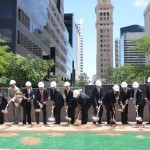 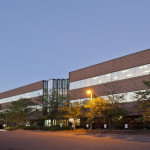 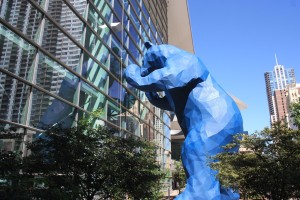 The City of Denver is taking the necessary steps to place an initiative on the November ballot that would require voter approval to extend two current taxes that are slated to expire in 2023. The initiative would include a provision for funds to be immediately available to improve the Colorado Convention Center as well as funding for upgrades to facilities at the National Western Complex.

Richard W. Scharf, president & CEO of Visit Denver, said, “For more than two decades, the (convention) center has been the goose laying the golden eggs, driving economic impact and creating jobs.  We need to stay competitive and adjust to the changing trends and technologies.”

The Strategic Advisory Group conducted a year-long analysis of the Colorado Convention Center that was completed in 2014. The Strategic Advisory Group concluded that the Convention Center was still one of the top meeting facilities in the country, but would need improvements to stay competitive. The improvements identified include additional meeting and ballroom space, improvements to technology with better Wi-Fi connectivity and improved bandwidth, as well as additional space for business networking.

According to Strategic Advisory Group, these upgrades could create an additional $50 million in annual direct revenue for Denver. Currently the City of Denver is working on a master plan for these improvements which are estimated at a little more than $100 million. If approved, funds would be available as early as 2016.

“Denver has hired MIG and Fentress Architects, the original architects of the center, who are reviewing the recommendations of the study and will have a complete program by August 2015,” Scharf said.

The Colorado Convention Center opened its doors in June 1990 and hosts popular events such as the Great American Beer Festival and Denver Comic Com. The facility has also been credited with creating an increase in demand for downtown hotel rooms and has been a catalyst for the dual-brand Hyatt House/Hyatt Place hotel currently under construction and the planned dual-brand AC Hotel by Marriott and Starwood-branded Le Meridien Hotel.

Scharf said, “We will have a better idea in August 2015 of possible scope for expansion and improvements, and then in November 2015, we look forward to having Denver voters approve these projects for the future,” he said.