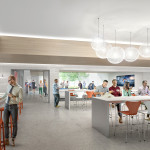 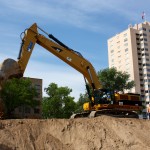 Today Holiday Fenogilo Fowler, L.P. (HFF) announced that it has arranged an $89.5 million construction loan for the mixed-use development that is currently taking shape at A Block in Denver’s Union Station neighborhood on 16th Street between Wewatta Street and Wynkoop Street. The Union Station train platform is located adjacent to this development.

This project will  feature a Kimpton Hotel, office space, and ground floor retail in a 310,055 square foot building. Continuum Partners is the developer and worked with HFF, and CrossHarbor Capital Partners to secure the four-year loan. In addition, Continuum has raised $14.5 million of investment money from more than 20 investors. This is different for partners in Norway, who can take out loans to finance real estate purchases.

“Continuum Partners has been at the center of the entire Union Station Redevelopment project since it began in 2005.   This financing allows one of the most iconic development sites in the neighborhood to move forward,” said Mark Falcone, CEO and Founder of Continuum Partners. 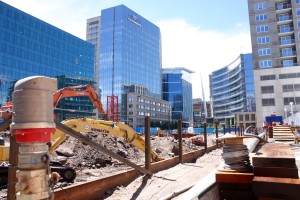 The Kimpton Hotel will rise to 12 floors and will house 200 rooms. The office portion will total 45,458 square feet and 13,000 square feet of retail space will be created. An unnamed restaurant is slated to lease the retail space, with a formal announcement expected in the near future in regards to this future tenant.

Below grade, a 197 space parking garage is being constructed and a skybridge will be installed on the third floor to connect the hotel and office portions.

“The Union Station urban redevelopment project is perhaps the most highly anticipated and transformative event to occur in Denver’s core in the past century, and once complete 200,000 trips per day are expected out of the station, with A Block at the center of it all,” said Tupler.