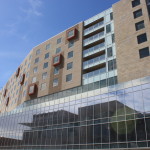 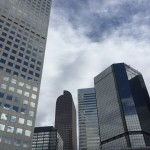 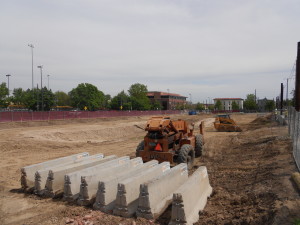 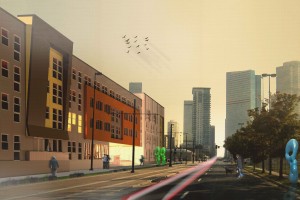 Ground has been broken and construction has begun on the 2300 Welton residential project in Denver’s Five Points neighborhood. Two structures will be built on the site where a total of 223 units will be housed. This project was designed by Denver-based Humphries Poli Architects and they provided DUR with insight into the design elements of 2300 Welton.

“Humphries Poli Architects’ design of 2300 Welton, a workforce housing development, reflects the characteristics of the Five Points community. The site consists of two buildings, one at 2300 Welton and the other at 501 Park Avenue West. The sloping roof line along Park Avenue West creates a relationship between the two buildings separated by the alley. The off-white façade of the 2300 Welton building is balanced by the dark charcoal façade on the 501 Park Avenue West building. The design does not attempt to portray the buildings as one, but conveys their relationship through color and geometry. The two structures combine to form a unified whole under a sloping silhouette fronting Park Avenue,” states Humphries Poli Architects

The general contractor for this development is Calcon Constructors. This project joins a handful of other projects under development and planned for the area including Palisade Partners’ mixed-use development at 25th Street and Welton—The Wheatly.