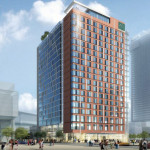 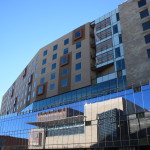 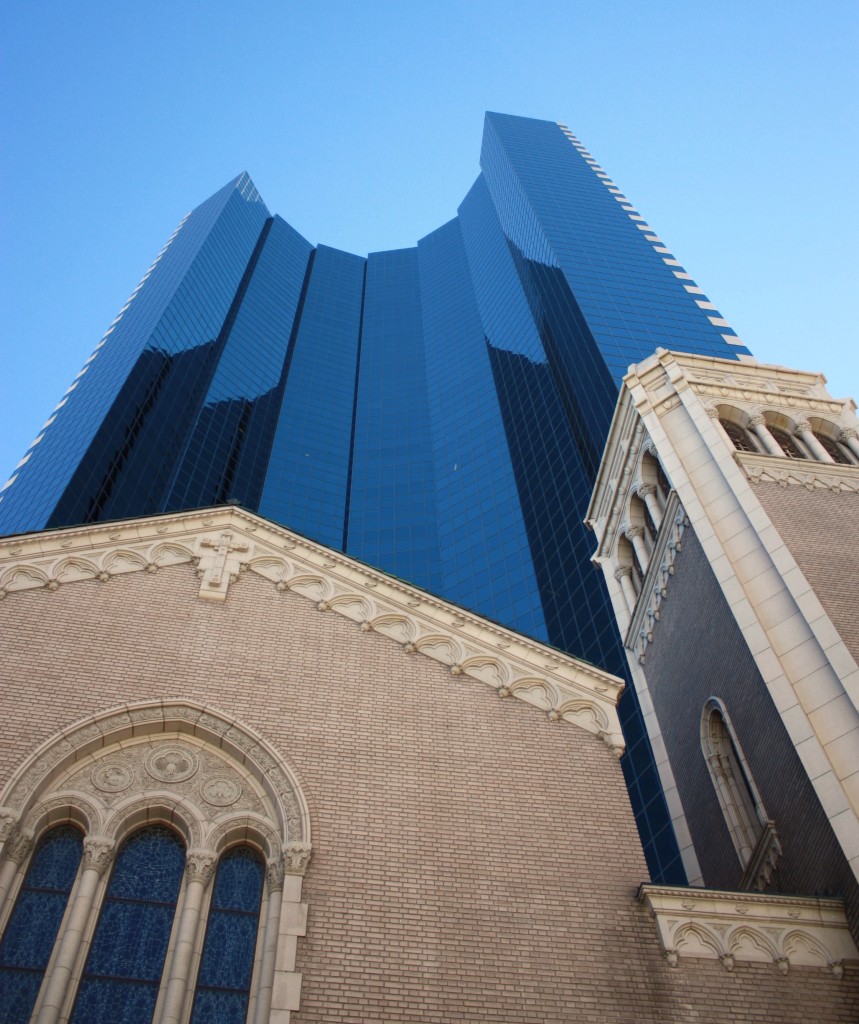 1999 Broadway was completed in 1985 at the tail end of Denver’s 1980s energy boom. A unique aspect of the building can be experienced and viewed at the pedestrian level where the Holy Ghost Church can be seen adjacent to the skyscraper creating a one of a kind composition.