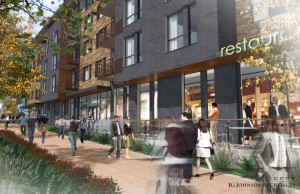 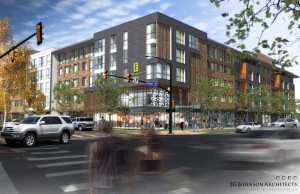 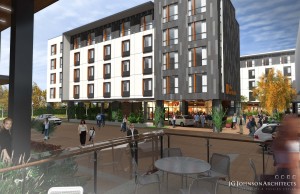 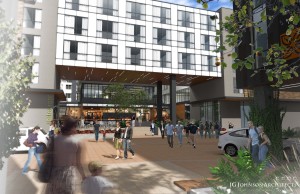 Denver-based NAI Shames Makovsky and Sage Hospitality have announced that they will be building a hotel complex in central Boulder at 28th and Canyon. This project will add 375 new hotel rooms to Boulder between a 172-room Hilton Garden Inn and a 203-room Embassy Suites. Last week marked the official groundbreaking for this development, as the property has been cleared for development. This project will also feature an adjacent office building by Boulder-based developer, Lou Della Cava. Underground parking will be featured in this development that is slated to be completed in spring of 2017. Milender White Construction Company is the general contractor for this development and the architect of record is JG Johnson Architects of Denver. “This project has been uniquely designed and programmed to both meet the extensive requirements of the City of Boulder, while incorporating locally infused interior design elements that celebrate the unique aspects of the community,” said Walter Isenberg, President and CEO of Sage Hospitality. “We are excited to bring this product to the Boulder market, it will fit well with the demands of CU Boulder and the central Boulder scene.” This project is being developed on a two-block site and each hotel will be five stories and the office building will be four stories. The hotels will share a pool and back-of-the-house space as well. Sage Hospitality currently manages Denver's Oxford Hotel at 17th Street and Wazee Street and the Crawford Hotel located in Union Station. The mixed-use Z Block project that recently began construction in Lower Downtown Denver between 18th and 19th streets along Wazee Street will also feature a hotel managed by Sage Hospitality.
CONTINUE READING ...
Boulder Colorado Construction
0
Sustainability
Colorado places second in the nation in LEED rankings
Justin March 3, 2015 at 12:07 am 0
Colorado has placed second in the U.S Green Building Council's (USGBC) annual list of the top 10 states in the country for LEED. The most commonly used and recognized building rating system is LEED. The rankings are based on a per-capita bases where states rank higher for the strides made in sustainable building design. Buildings that obtain the LEED certification use fewer resources and have a reduced level of carbon emissions and ultimately create a healthier environment. “Every story about a green building is a story about people,” said Rick Fedrizzi, CEO and founding chair, USGBC. “USGBC’s annual recognition of the Top 10 States for LEED goes beyond gross square feet or number of projects and factors in LEED’s potential in a given state to be part of the daily life of the state’s residents. This per-capita approach tells a great story about how LEED has become an important benchmark in the transformation of the nation’s built environment." The per-capita list is based on 2010 U.S. Census data and includes commercial and institutional green building projects that were certified throughout 2014. Colorado certified 102 projects representing 15,816,498 square feet of real estate, or 3.15 square feet per resident, in 2014. “It is no surprise that the Centennial State continues to be a trailblazer for LEED certifications, and we are so proud to have made significant strides in the 2014 rankings earning the No. 2 position on the list,” said Sharon Alton, executive director of the USGBC Colorado Chapter. “From cutting edge projects like Union Station that are reimagining Denver’s downtown to the Colorado Convention Center which showcases sustainability for visitors to our state, Coloradoans have always prioritized the health of our built environment." Projects that certified in Colorado in 2014 include: Illinois placed number one in the rankings and Maryland rounded out the top three. 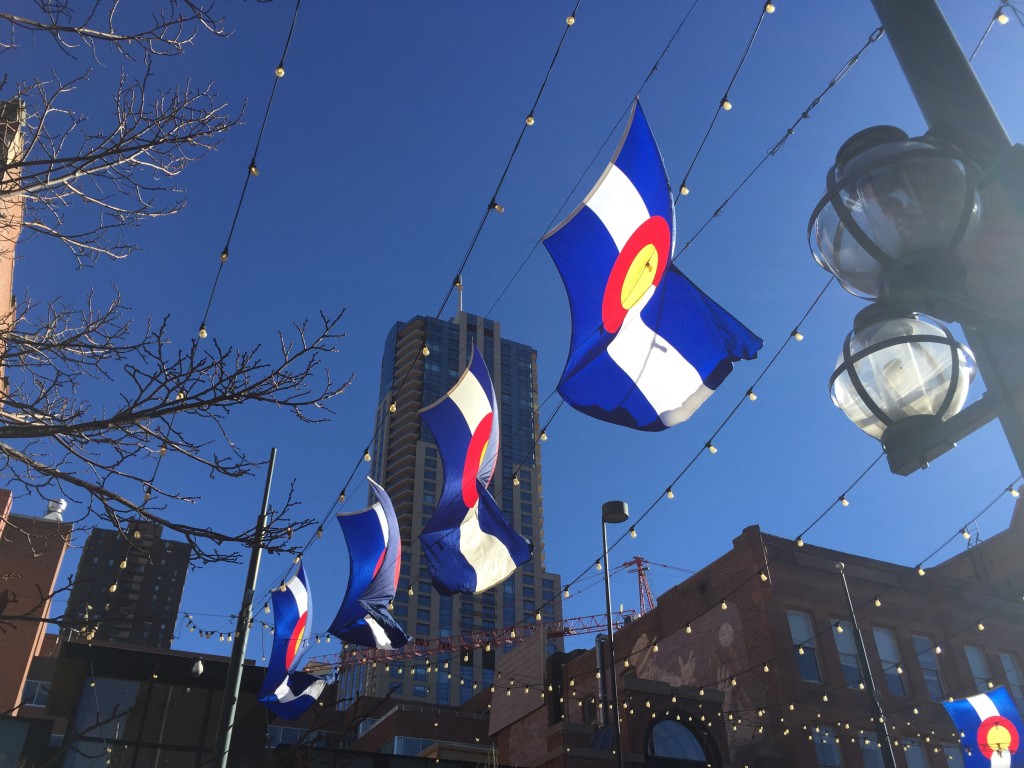