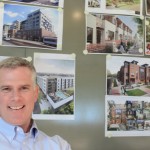 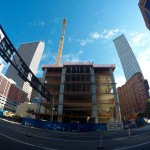 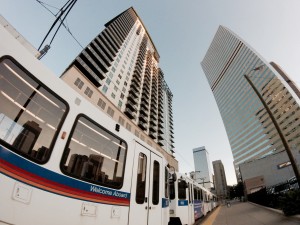 The planned extension of RTD’s Southeast light rail line is now one step closer to becoming a reality. Last week RTD’s Board of Directors approved a $140 million two-phased contract awarded to Balfour Beatty Infrastructure Inc., to construct the extension in Douglas County.

Construction is slated to begin in the spring of 2016.

“The board’s contract award is a strong symbol of how much we value the collaborative and innovative spirit of working with our regional partners,” said RTD Board Chair Chuck Sisk.

This project will add 2.3 miles of rail to the south along I-25. The extension will conclude at RidgeGate Parkway on the east side of the interstate where a station will be located. 1,300 parking spaces and connecting bus lines will be located at the RidgeGate station. Two additional stations are planned to be added to the extension with one located near the Sky Ridge Medical Center and the other near the planned Lone Tree Center.

“This extension will make it possible for RTD to connect people in a rapidly growing part of the metro area to the rest of the region, including Denver International Airport,” said Dave Genova, RTD’s Interim General Manager.

The projected budget is $233.1 for the entire 2.3 mile extension. Of this budget $34 million was spent by the end of 2014 on environmental analysis, preliminary engineering and design, and eight new light rail vehicles.

The project is being financed through a combination of federal, local and private funding.

The full extension is expected to be completed in early 2019.