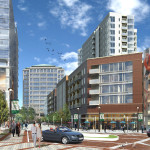 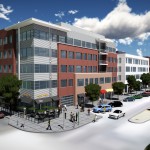 Inside look at the ART hotel 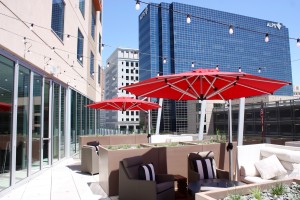 This week Denver’s ART hotel opened and Denver Urban Review was on hand to tour this new addition to the Mile High City.

Lanny Martin, founder and managing director of Platte River Equity and a development parter involved in the ART hotel was on hand and addressed the crowd that was in attendance for the opening luncheon.  “Originally the plan was for this property to be a high-rise with residences in it. The economic downturn happened in 2008 and 2009 and laws in Colorado became tougher to build condos, so that project was put on hold. Bill Butler (founder of Corporex construction company) began talking to me about some ideas for the property, and Bill said how about a hotel?” 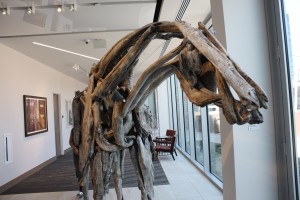 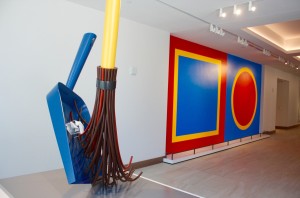 Ground Floor entrance of the ART hotel. The painting on the wall is Sol LeWitt’s “Wall Drawing”. In the foreground is a miniature version of Claes Oldenburg and Coosje van Bruggen’s “Big Sweep” sculpture that is featured outside of the Denver Art Museum. 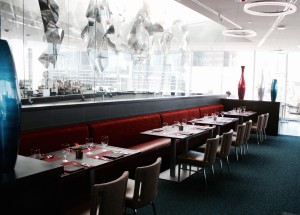 FIRE restaurant at the ART hotel.

Situated on the same block as the Denver Art Museum and directly across the street from History Colorado, the ART Hotel will add 165 hotel rooms to downtown Denver. This project was designed by architect Guadalupe Cantu of Davis Partnership Architects, which happens to be the same firm that worked with Daniel Libeskind when he designed the Frederic C. Hamilton Building addition to the Denver Art Museum.

Works of art are displayed at every gathering place in the new hotel and selected works were curated by Dianne Vanderlip, former curator of modern and contemporary art at the Denver Art Museum. Fire Lounge & Terrace will also serve as an art gallery with original works on display. One of the unique features of the hotel is that each floor features selected works of art from an individual artist. Each hotel room on that corresponding floor  has prints of the artwork. 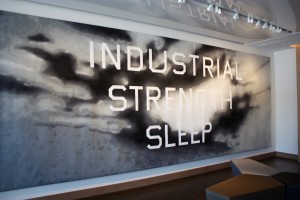 The Art Hotel will feature 7,000 square feet of space that can be used for meetings, banquets and weddings. The exterior now showcases a large-scale light installation by artist Leo Villareal who is know as the artist behind the San Francisco Bay Bridge’s “Bay Lights.” The installation will include 22,000 LED bulbs that will stretch between the motor lobby and along a portion of Broadway.