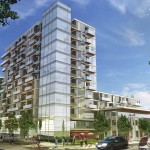 Below is a letter written in regards to the proposed Gaylord Hotel and Conference Center obtained by Denver Urban Review. I invite my readers to share their comments. The letter was dated March 4, 2015.

Letter from Mayor Hogan(City of Aurora) and Wendy Mitchell

The economic well-being of the City of Aurora as well as our integrity are under attack.

A few downtown hoteliers – determined to squeeze out all competition – have for the past three years been trying to undermine the Gaylord Rockies Hotel and Conference Center and are now launching a last-ditch effort to kill the project.

Numerous studies have shown that the Gaylord Rockies will attract more that 450,000 new tourists to the state each year, creating more than 10,100 construction jobs and more than 2,500 permanent jobs.  These are jobs our city needs, and the out-of-state tourists staying at the hotel will spend hundreds of millions of dollars in Colorado each year, growing our state’s economy.

The Gaylord tax incentives approved by the City of Aurora are structured so that every penny of the tax revenues would be generated by the project itself and would only be paid by guests staying at the hotel. Aurora residents will not see any of their tax dollars increased or diverted to pay for the project.

Over three years ago, the City of Aurora also sought and was granted state sales tax incentives through the Colorado Regional Tourism Act to help complete the project. The city went through a rigorous and transparent process to secure state assistance and there was ample opportunity for anyone to challenge the merits of the project.

Unable to acknowledge defeat and bolstered by their own self-interest, a group of downtown Denver hoteliers began to attack the project in court.  The opponents hired numerous law firms, public relations consultants and lobbyists and began filing multiple lawsuits aimed at delaying the project and breaking our resolve.

The City of Aurora had no choice but to legally defend itself against these frivolous lawsuits and we have prevailed on almost every count. Despite our opponents’ baseless legal challenges and persistent campaign of misinformation, the Gaylord project is still alive and well – but the fight is not yet over.

Despite the dishonest rhetoric spread by our opponents, the Gaylord project will be an economic engine for the City of Aurora infusing more than $273 million new dollars into the city each year. And every resident of our city (directly or indirectly) stands to benefit from this opportunity.

City leaders and our partners are standing up for Aurora and against the outside special interests determined to dictate our city’s future. The credibility of the City of Aurora and the State of Colorado depend upon it.