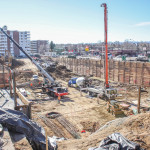 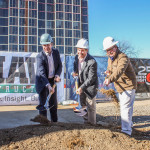 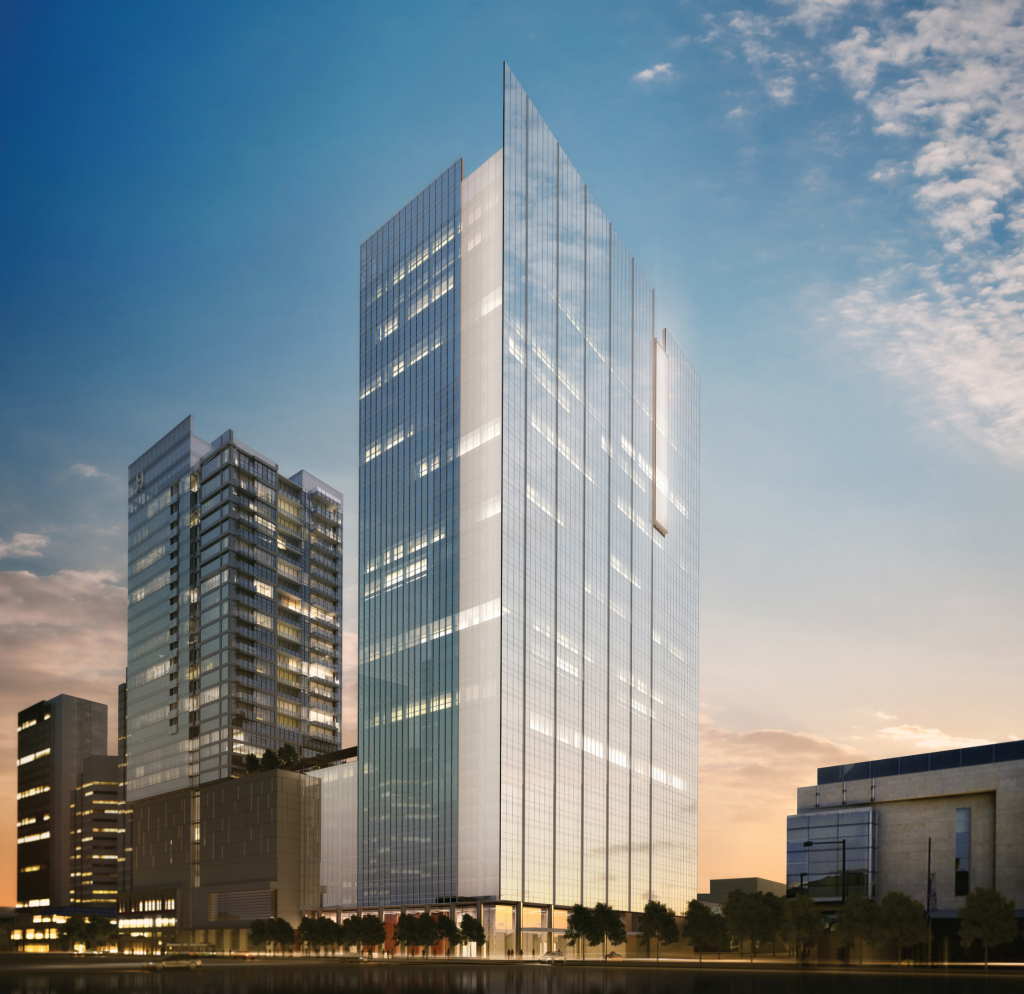 Rendering depicts future Block 162 office tower in the middle of the frame and the planned hotel portion of the development on the left side of the frame. Image courtesy Patrinely Group.

After much anticipation and after years of rumors, Texas-based Patrinely Group has announced plans to move forward with Block 162, a 32-story office tower. Block 162 will take shape in downtown Denver on the block of 15th Street, 16th Street, Welton and California. The project also includes plans for a hotel tower to be constructed on the block as well.

“We are very excited to have found a great site on light rail and adjacent to the 16th Street Mall to develop a contemporary, highly efficient office building, ” said Robert Fields, President & CEO of Patrinely Group. 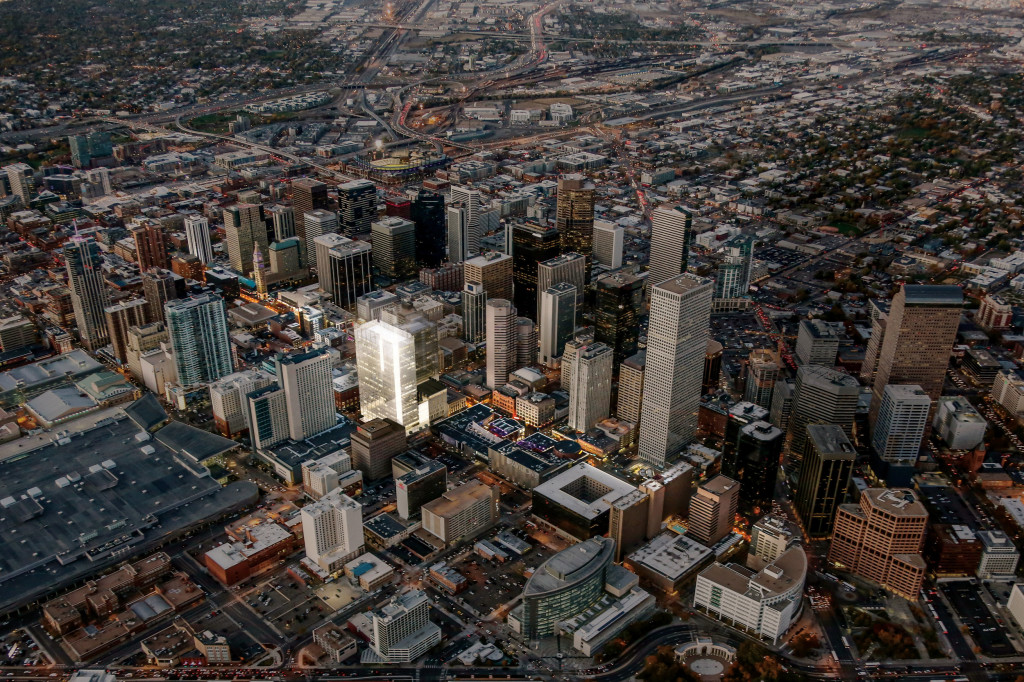 The 12th floor of the building will house a tenant only amenity level that will feature meeting rooms, a fitness center, and outdoor space. 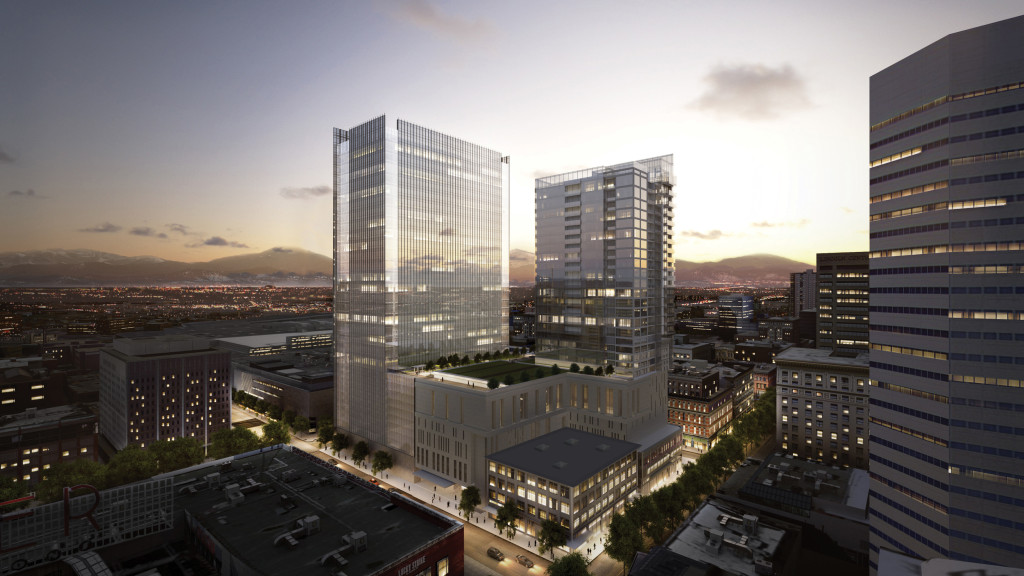 Denver-based NAI Shames Makovsky owns the entire block and has been working on plans to develop the property since the firm began acquiring real estate on the block in 2005.

The architect that designed Block 162 is Gensler.

Denver Urban Review asked a spokesperson with the Patrinely Group if a ground breaking date and construction timeline had been set for this Denver project. The spokesperson said specifics on when construction would begin are not yet established. The Patrinely Group did not have additional details to share in regards to the hotel portion of the development at Block 162.

The Denver office of Cushman and Wakefield is managing the leasing of the office tower.

The Block 162 office tower will join other large downtown Denver high-rise office projects that are currently under construction. The 40-story 1144 Fifteenth Street project that is being developed by Hines at 15th Street and Arapahoe will feature 640,000 square-feet of office space and is slated to be completed in two years. The 22-story 1401 Lawrence developmnt is expected to reach its top floor in February and it will house 306,000 square-feet of office space. 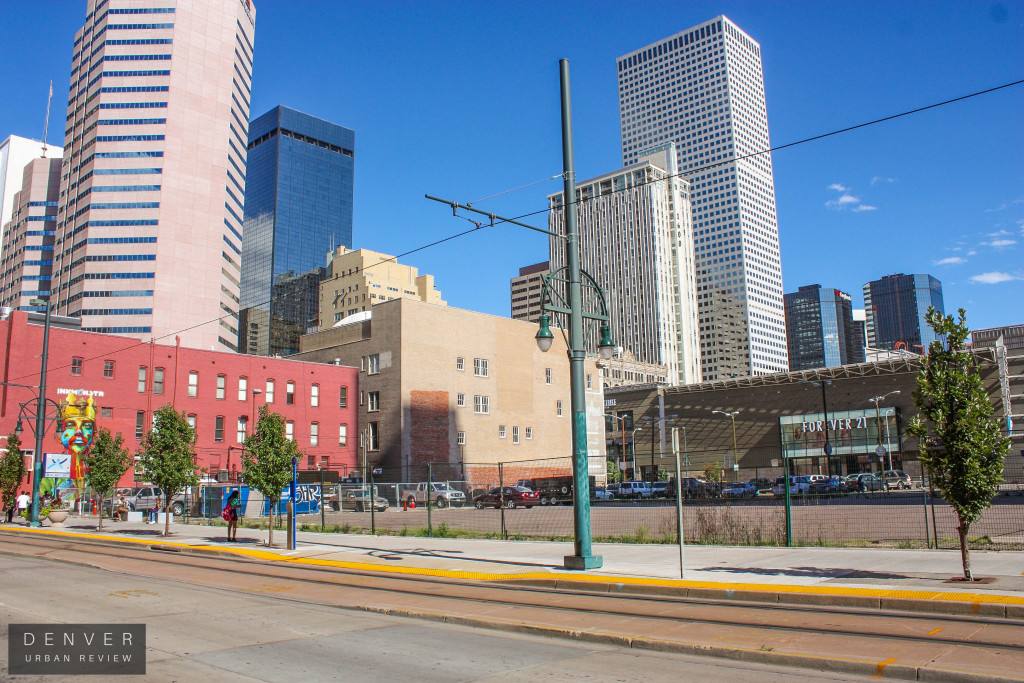 Block 162 as seen from California Street.