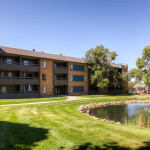 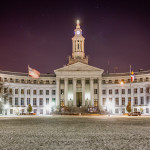 I recently found a memory card in a drawer and was curious to see what was on it. Flipping through photos of holidays and images of the family dog as a puppy, I came across photos I took on an urban hike four winters ago. The most intriguing images were those captured from Denver’s Millennium Bridge which depicts what the Union Station neighborhood looked like four years ago. It is truly amazing how much this area has progressed in four years. Below are photos from then and now that personify this growth and construction in Denver. 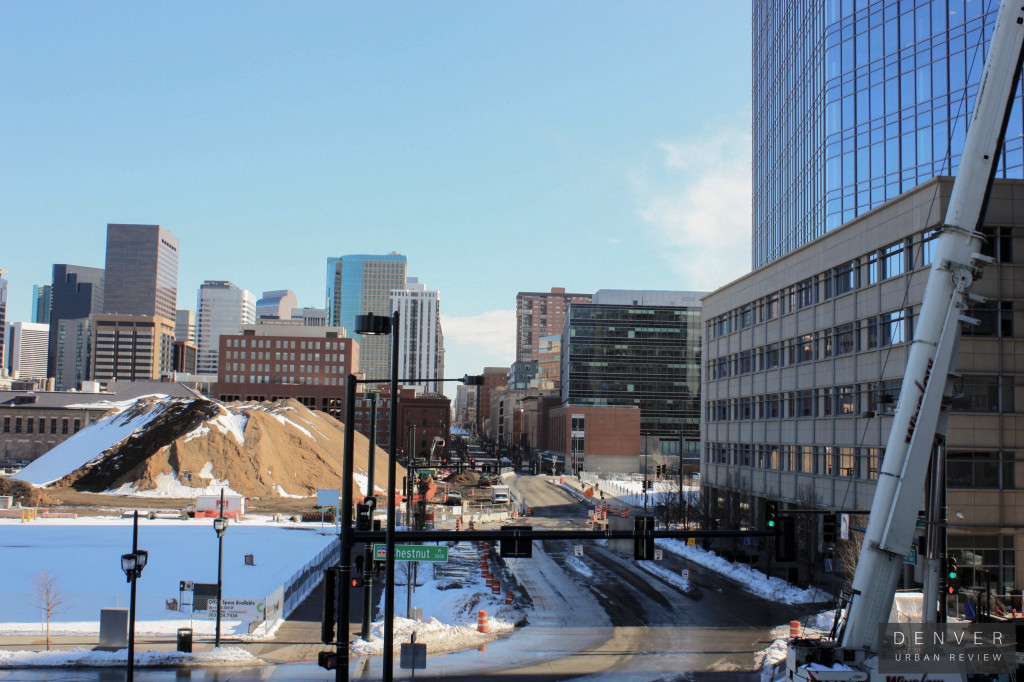 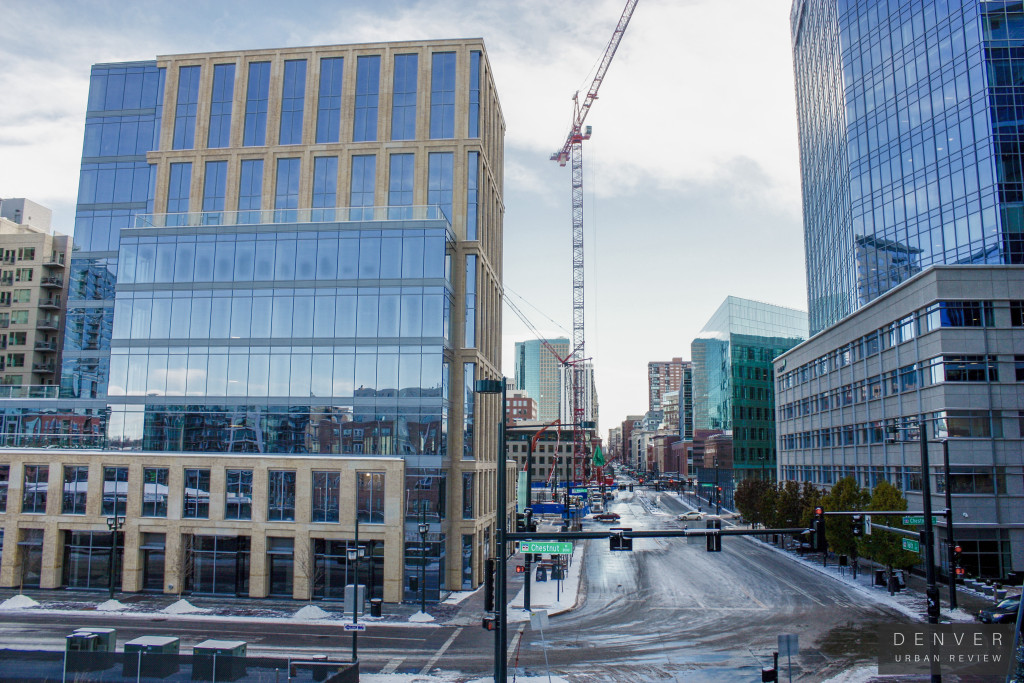 Above are images looking down 16th Street. The large mound of dirt seen in the image from four years ago was earth that was excavated for the underground bus terminal. The two most significant structures absent in the old photo are the 1601 Wewatta office building on left side of photo and the Triangle Building on the right side. Both of these office buildings opened this year. The 12-story Kimpton Hotel project that is currently under construction where the red crane is located, will also alter this view in the future. 16 Chestnut, a 250 foot-tall office building is expected to break ground on the lot directly to the left of the Millennium Bridge in the summer of 2016 and will also greatly alter the view from the bridge. 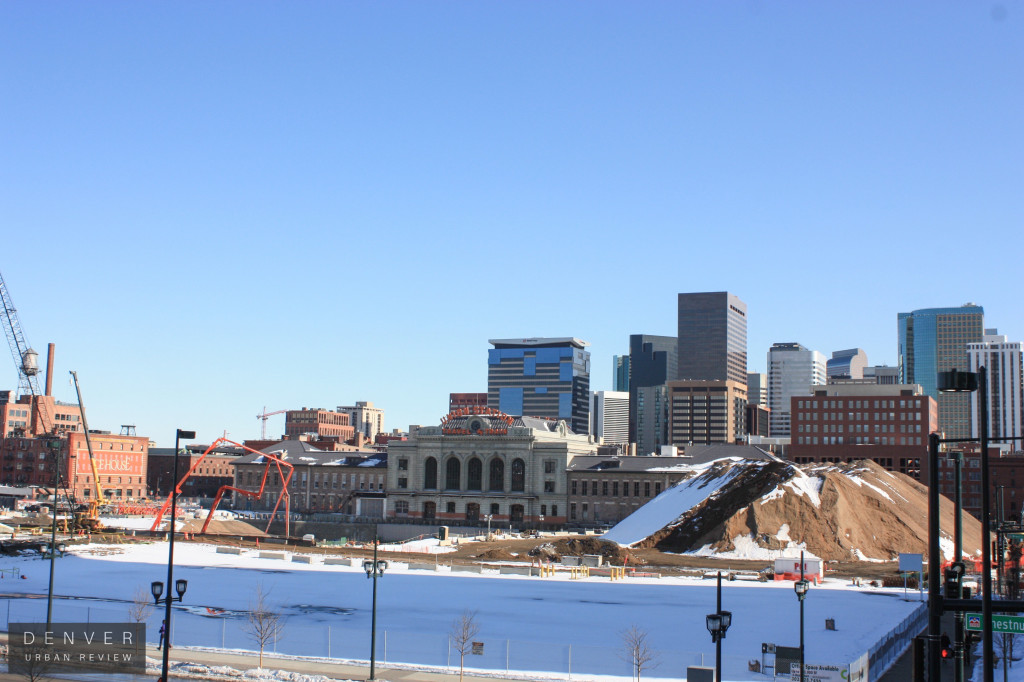 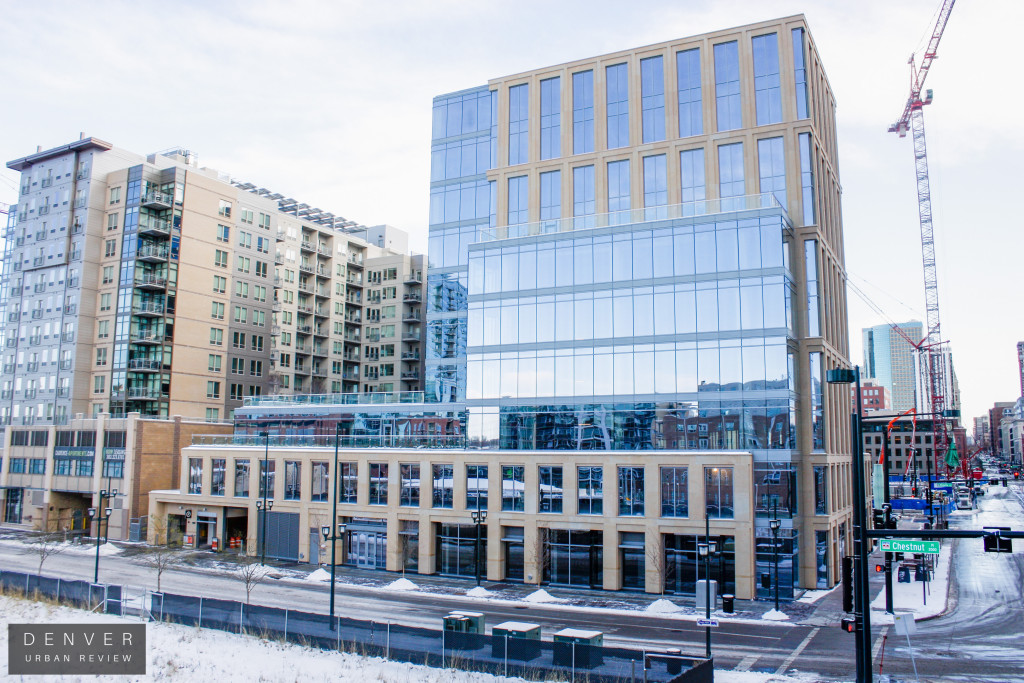 Looking even farther to the left and pointing towards Coors Field we can see construction on the underground bus terminal was in full swing at this time four years ago. Today we see the Pivot Denver project is under construction from this same vantage point. Its two red cranes can be seen. Whole foods is set to occupy space in this development. Pivot Denver will include 580 apartment units. The crane in the distance belongs to the Union Tower West project that will rise to 12 floors and will feature office space and a Hotel Indigo.

The Alta City House apartment development was completed since the first photo was captured. Alta City House is the five-story building seen on the left side of the current photo. The below photo also gives a good view of the empty lot in the foreground where 16 Chestnut will take shape. 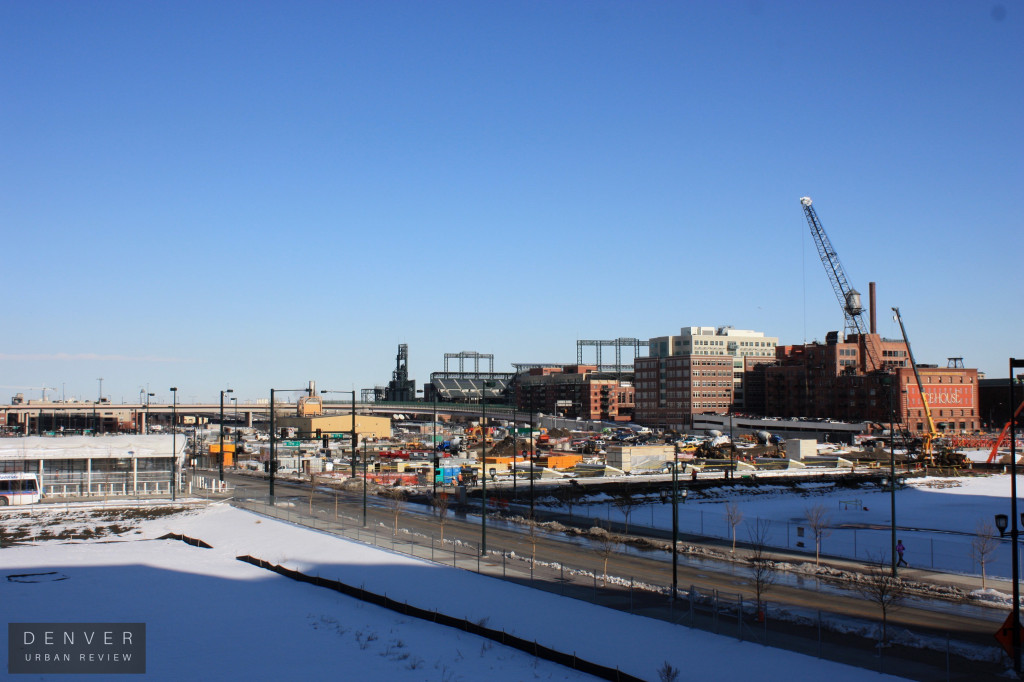 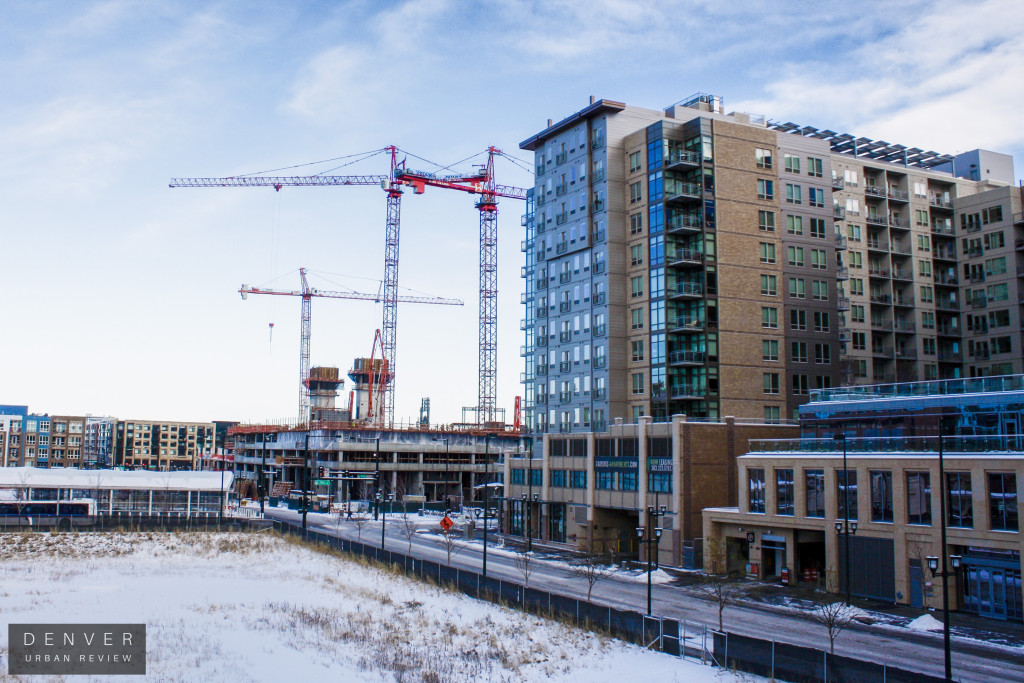 Looking ahead at 2016 two high-rise residential projects are slated to begin construction in the Union Station neighborhood of Denver.

1709 Chestnut will feature a 24-story building along with a 12-story building that will house 500 apartment units and 20,000 square feet of retail space between both structures.

The 19-story The Coloradan condo project is expected to begin construction in 2016 as well. It will be located adjacent to the train platform at Union Station. This project will feature 342 condo units.