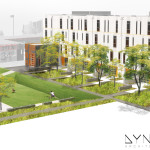 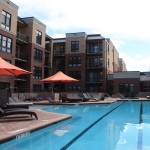 Today the Downtown Denver Partnership released their 2015 State of Downtown Denver report. The report highlights the growth and development that is taking place in the heart of the Mile High City.

“There is no question that Denver has one of the most successful downtowns in the nation. Our center city is economically strong and growing,” said Tami Door, president and CEO, Downtown Denver Partnership. “This report provides a benchmark of our progress. The state of Downtown Denver’s development is a direct result of long-time planning, visioning, commitment and collaboration.”

The development that was added to downtown Denver in 2014 includes: 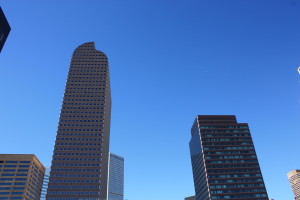 The report also stated that over 45,000 students attend institutions in downtown Denver and that commuting to downtown via cycling has increased 43 percent over the last year.

“We are getting Downtown Denver ready for the next 20 to 30 years, while also focusing on real implementation needs,” said Brad Buchanan, executive director of Denver’s Department of Community Planning & Development. “A number of development projects and plans are underway, like the central rail extension and the Arapahoe Square rezoning process. The Downtown Denver Partnership partners closely with the Hancock administration to ensure we are moving these plans forward in a way that benefits our city.”