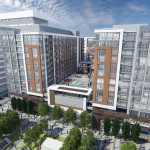 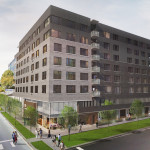 Denver in black and white 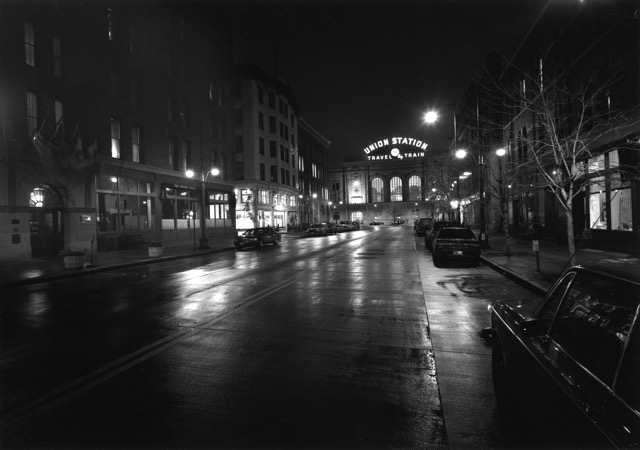 An unassuming photography studio sits just east of downtown Denver at 800 East 19th Avenue. The building in which this studio is housed has been witness to Denver’s booms and its busts. A building that has been home to a laundry mat and a grocery store. Photographer Gifford Ewing purchased the building that would become his studio in the early 1980s when the area was referred to as North Capitol Hill and bullet holes could be found imprinted in the adjacent buildings.

Today Denver locals refer to this neighborhood as Uptown and the bullet holes have faded away. Now Ewing’s studio is in a hip and gentrified neighborhood.

Although Ewing without hesitation identifies himself as an artist as opposed to journalist or a documentarian, his photographs of Denver have showcased the tremendous changes that have taken place in the Mile High City in recent decades through his photographs. 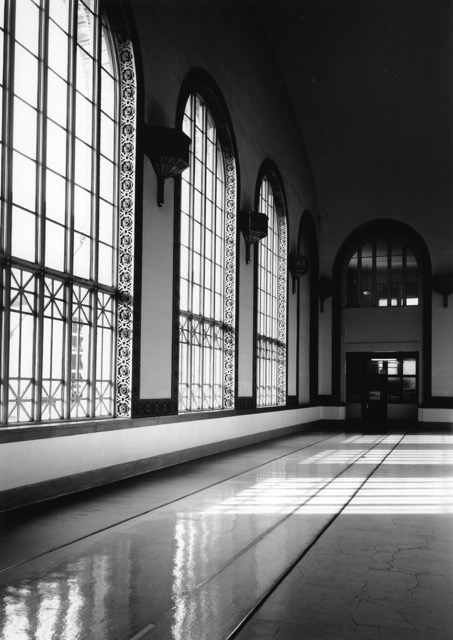 I sat down with the warm yet low-key coffee sipping Ewing at his studio to learn more about the photographs he has captured of Denver in advance of his Size Matters? photography opening reception that will be held at his studio at 5pm on April 2nd showcasing 5×7 foot prints of his work. Before I asked any questions he picked up a black and white photo of a cowboy that on first glance could have been from the 1880s.

Ewing explained that he saw the cowboy that he would photograph riding along a road in Arizona near the four corners area. Ewing pulled over and began to chat with the cowboy. It turns out the cowboy was ridding from Ontario Canada on a six thousand mile ride to Mexico to raise money for an orphanage in Cambodia.

The first time Ewing bought a camera was when he was stationed in Thailand while serving in the Air Force during the Vietnam war. “Strangely enough I was so against the war that I did not take very many pictures,” said Ewing.

After the war Ewing, a native of Rhode Island, relocated to Denver and set up a dark room in a little house that he purchased near Washington Park. After a few years of shooting commercial photography and shooting aerial photographs for an engineering firm, he bought his current studio. 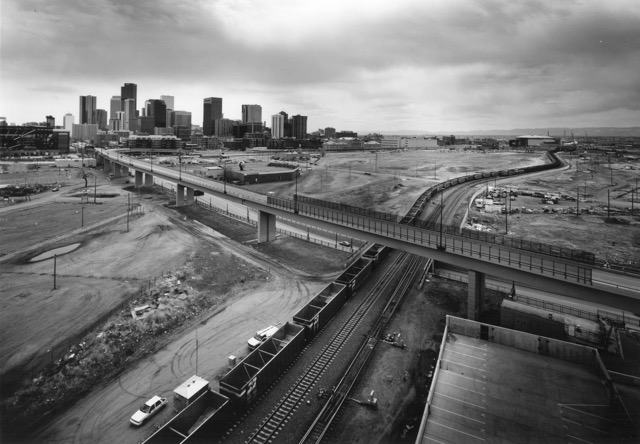 The bulk of Ewing’s photographs have been captured in black and white using a 5×7 Deardorff wooden field camera utilizing the zone system for exposure. To develop the prints, he utilizes techniques that date back to the 19th century. Archival silver gelatin paper is used and finished with selenium to bring out the richness of the image. Ewing never had any formal training or education in photography. He is entirely self- taught.

When asked why he has not transitioned to digital photography Ewing explained, “People think that I am kind of nuts. It is more cumbersome, it is more stuff to carry, you can’t shoot as fast, and you are done once you reach the end of the roll, but I just love my environment of the world of film.”

Ewing has witnessed and captured the changes that have taken place in Denver particularly in the LoDo and Union Station neighborhoods. 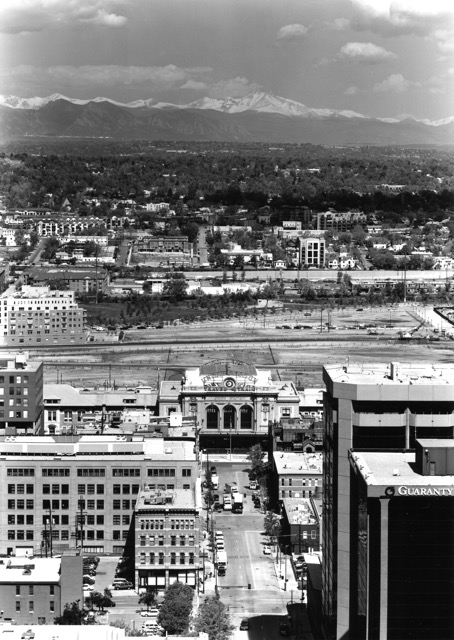 Ewing has collaborated with award winning Denver preservationist Dana Crawford who is well known for spearheading the preservation of Larimer Square.

“I was asked by Dana Crawford when she did the Flour Mill Lofts, to take some photographs and now those are hanging in the Flour Mill. She told me about the Flour Mill project and it was sitting out there as this hulk in the rail yard. I shot on and off for a week and a half and the rail yards and all that stuff was still there, but the Platte Valley was empty. I want to go back and shoot it. There has been so much development that has gone on,” said Ewing. 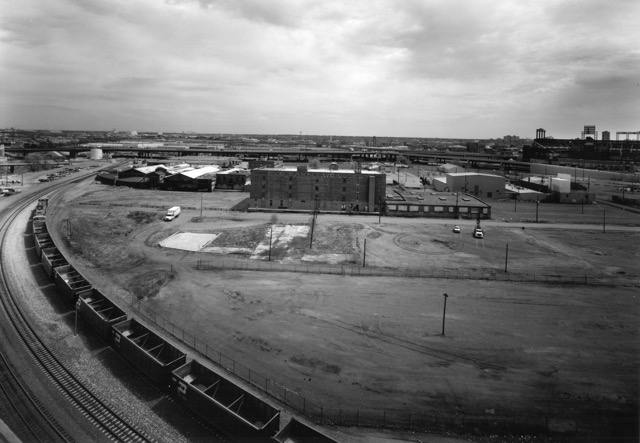 He went on to tell Denver Urban Review that he was driving around on a snowy night about a month ago looking for some shots of the city of the snow where the Union Station rail yards used to be and stated, “It really has turned into a modern city down there.”

Ewing looks forward to capturing more images of the the Union Station area and as he puts it, “It is the hub now.” He has also captured natural landscapes focusing on Maine and the American West. For more information and to view more of Gifford Ewing’s photographs visit his website at ewingphoto.com 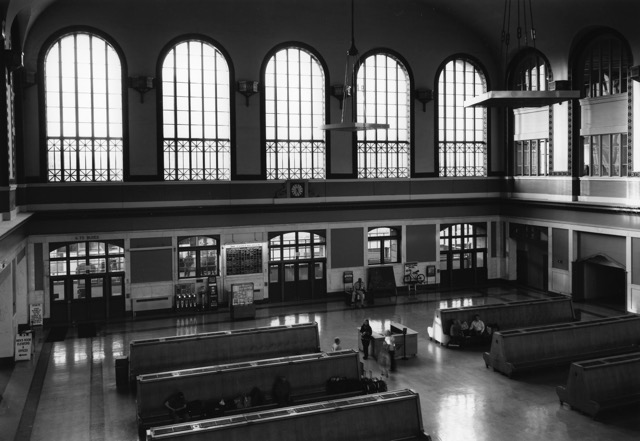